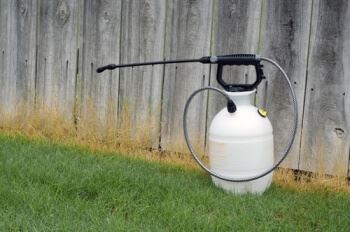 Home gardeners and farm workers across the country are filing lawsuits after being diagnosed with cancer caused by exposure to Roundup, a popular weed killer. Roundup is used on most genetically engineered crops worldwide as a weed and pest killer. Among the many health risks associated with Roundup exposure, Non-Hodgkins Lymphoma, a blood cancer, has proven the most prevalent and dangerous.

Roundup is made and sold by Monsanto, a company responsible for the genetic modification of more than 90% of the corn, soy, and cotton crops in the world. Glyphosate, the main ingredient in Roundup, is the most used chemical weed killer on food and agriculture to date. However, despite the reported health risks, numerous agricultural workers continue to be exposed to Roundup on a regular basis.

Scientists have since conducted multiple studies in order to determine the connection between the herbicide and the development of cancer. In 2015, The World Health Organization declared Roundup a “probable carcinogen,” or a cancer-causing chemical. Just a few years earlier, in 2008, The International Journal of Cancer reported that men exposed to Roundup were twice as likely to develop Non-Hodgkin Lymphoma. While the main concern for cancer development lies with workers exposed to the application of Roundup in the fields, the chemical continues to be applied to crops that eventually make it to the tables of millions of Americans each day.

The biggest concern for Roundup lawsuits continues to be the direct cause of the development of Non-Hodgkin Lymphoma (NHL). NHL is a blood cancer that grows in white blood cells, or lymphocytes, which normally work to prevent infections. This type of cancer can sometimes be slow to develop, showing no symptoms for years. Other forms of Non-Hodgkin Lymphoma can be aggressive, quick and deadly.

Additional studies have linked Roundup exposure to the development of other cancers, such as Multiple Myeloma, Hairy Cell Leukemia, and Chronic Lymphocytic Leukemia.

A multidistrict litigation has been formed regarding the many cases throughout the country linking Non-Hodgkin Lymphoma to Roundup exposure. The lawsuit claims Monsanto is accountable for failing to warn workers, farmers, and anyone else exposed to Roundup of the increased risk of cancer following exposure to the weed killer. Most of those filing lawsuits are agricultural workers or farmers who used Roundup daily and now have Non-Hodgkin Lymphoma. Although, some gardeners who used the chemical regularly are also involved in the litigation.

If you or a loved one was diagnosed with Non-Hodgkin Lymphoma or any other cancer following exposure to Roundup, you may be able to join the many lawsuits seeking fair compensation. At Martin Jean & Jackson, we understand how frustrating it can be to face an illness because of the lack of care and responsibility shown by a large corporation.

With over 100 years of combined legal experience, our attorneys have the legal know-how to actively fight for your rights and pursue justice on your behalf. Our firm has represented more than 15,000 clients and collected over $500 million dollars on their behalf. We are dedicated to providing individual attention to each client, and we offer free case evaluations.