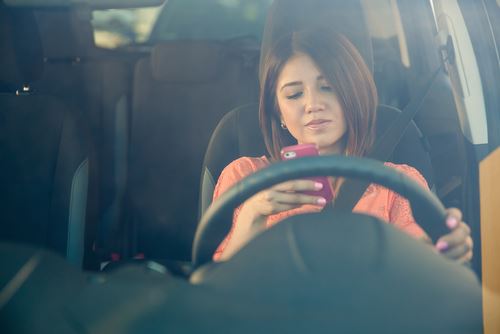 For several years, Oklahoma has remained among a minority of states that lack laws against texting while driving. However, this May, Gov. Mary Fallin signed into law a bill that prohibits all drivers from texting while behind the wheel, according to The Oklahoman. This new law may offer significant safety benefits for motorists in Ponca City and other parts of the state.

This law establishes texting while driving as a primary offense, so officers will be able to pull over and cite drivers solely for committing this violation. This represents an improvement over previous failed versions of the law, which would have made texting while driving a secondary offense. Once the law becomes effective on Nov. 1, 2015, drivers caught texting will face citations and fines up to $100.

Research suggests that this law could reduce distracted driving accidents, especially among juveniles. As The Huntsville Times explains, in 2014, a University of Alabama study reviewed traffic fatality rates in various states. The study found that texting bans primarily targeting younger drivers were apparently most effective. Traffic fatalities fell by 11 percent after these bans were enacted. However, general bans that classified texting as a primary offense were also associated with a 3 percent decrease in fatalities.

Data regarding the number of Oklahoma distracted driving accidents that involve cell phones isn't available. However, according to The Oklahoman, hundreds of car crashes involving electronic devices occurred in 2013, which is the last year that data is available for. In 602 of these accidents, people sustained injuries, and in 14 cases, people lost their lives. The new law could help decrease the overall rate of minor and catastrophic accidents that involve texting.

Prevalence of Texting While Driving

The enactment of this ban may have significant impacts since surveys show that distracted driving remains a prevalent problem. According to CBS News, one study from the AAA Foundation for Traffic Safety indicates that 58 percent of moderate to severe teen driver car crashes involve distraction. Cell phone use is the second most common cause of distraction in these accidents.

In late 2014, an AT&T survey suggested that texting remains common even among drivers who profess to know better. An overwhelming 98 percent of the respondents who texted regularly also reported that they recognized the risks of texting while driving. However, a disturbing 75 percent of the same people admitted to texting and driving anyway. This finding suggests that these drivers may need greater deterrence than the knowledge that texting while driving is risky.

Hurt in an Accident Caused by a Distracted Driver?
Call Martin Jean & Jackson

In Oklahoma, an official law against texting while driving may help deter this prevalent form of distracted driving. Still, the threat of legal sanctions will likely not prevent every driver from making reckless decisions. Anyone who has been hurt in an accident involving one of these negligent distracted drivers should consider filing a personal injury lawsuit with the help of an auto accident attorney.

If you have been injured, turn to Martin Jean & Jackson for experienced legal counsel.
Please contact our Oklahoma personal injury lawyers via our secure online form.